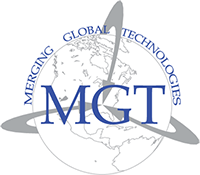 Merging Global Technologies, Inc became a Delaware C-Corporation on November 2nd, 2009 under the direction and guidance of a seasoned CEO, Danny L. DeVall. Pulling the MGTLocal platform to protect the system, and after relentlessly pursuing Venture Capital, but not willing to give up control of the Algorithm, the company pursued a smaller Private Equity Investor to help in the signing the first of its National Clients for the initial “Focus Five” marketing program. The dedication, perseverance, and relentless pursuit of excellence allowed the “dream” of MGT to become a reality.

In December 2014, MGT: 1) Finally found the right fit for a primary investor and closed the initial seed-funding round; 2) Upgraded & Re-launched the HLP Portal System; 3) Signed its first National Client, Progressive Insurance, for a January 1, 2015, 30 day test/roll-out; and, 4) Over-delivered the promised system and traffic volume. In 2015, MGT retained Progressive Insurance as a current client as well as added and retained GI 24/7 as its second successful national client. MGT is currently working on an industry heavyweight partnership and, is well on its way to fulfilling its Mission Statement…Twice the Value for Half the Price!